Meisels and McNamee to speak on the Common Core Standards 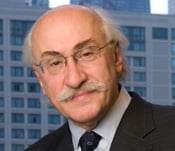 Over the course of the series, speakers will discuss the new Common Core State Standards that were adopted by Illinois to raise K-12 student achievement, where they came from, how they will be measured, and what they could mean for educators, parents, schools, districts, and other stakeholders.
Learn more and register » The series is presented by Business and Professional People for the Public Interest, Catalyst Chicago, and the University of Chicago Consortium on School Research.