Young Children – What’s Code Got To Do With It?

With the increasing number of jobs in science, technology, engineering, and math (STEM) fields, the United States is more focused on STEM education than ever before. This focus is not exclusive to higher education and secondary schooling, but rather, it has trickled down to the very earliest learners, coalescing on the data that demonstrates that entry into the STEM pipeline should begin as early as preschool. Numerous scholars have argued that teaching technology – the “T” in STEM – to young children is vital in keeping up with 21st-century employment patterns. That is why coding,the process of assigning a set of symbols that can be interpreted by a computer or piece of software, is seen as the new modern literacy for today’s young children. Indeed, a number of digital applications (apps) that are designed to teach young children coding skills in a fun, game-like way have become popular in recent years. There’s Minecraft, Tynker, and ScratchJr, just to name a few. Heck, even Elsa and Anna from Disney’s Frozen have gotten in on the coding fun! The Hour of Code project on code.org allows users to join Anna and Elsa as they help make a winter wonderland by creating snowflakes and more through code.

Long before these Frozen characters appeared on code.org and other coding game apps were designed, Dr. Seymour Papert envisioned young children learning the fundamental skills of coding and computer programming. Many laughed at the idea, but Dr. Papert was inspired by the work of esteemed development psychologist Jean Piaget and developed the computer-based Logo programming language with these theories in mind. Since introducing Logo to elementary school children in the 1980’s, researchers have found that kindergarten and first graders performed significantly better on directional and rule-following tasks (two elements embedded in the Logo language) compared to control groups who were not exposed to the game. More recently, the evaluative research on teaching coding to preschoolers has demonstrated that children as young as age four can learn to correctly sequence a robot to perform a specific task and most are able to engage in developmentally-appropriate computer programming through game-like activities (e.g. Kazakoff & Bers, 2014; Kazakoff, Sullivan, & Bers, 2012; Strawhacker & Bers, 2018). But what about digital apps? Could tablet-based apps designed to teach preschoolers coding actually demonstrate similar findings?

Luckily, my colleagues and I were able to explore these questions when we were given the opportunity to observe a week-long coding summer camp for preschoolers in Chicago. Story Code Alpha, a Leapfrog summer program, run by the Center for Talent Development at Northwestern University as part of their programming for academically talented preschool and kindergarten children and focused on “learning introductory programming and coding concepts such as block, symbol, and sequence [using] touch screens and educational apps.” We were fortunate enough to see approximately 30 children attend the program and watched as the instructors primarily used Daisy the Dinosaur and Kodable to practice coding concepts throughout the week. The research team and I had a blast conducting interviews and administering coding assessments with the children on the first and last day of the program. We also took notes about what we saw on the interim days (Pila, Aladé, Sheehan, Lauricella, & Wartella, 2019).

We found that at the end of camp, children significantly improved in their knowledge of game-specific skills; meaning that they could better explain to us the different Daisy the Dinosaur command buttons and progress further in Kodable gameplay. We interpret these findings as evidence that they were able to learn foundational coding skills via this structured app play. However, when asked what coding is, participants did not improve in how they explained what coding was to our researchers. We argue that this finding was not surprising as young children might not yet have the vocabulary necessary to explain such a complex set of skills even if they do understand and can demonstrate skill acquisition. We also noted that children who enjoyed the game more appeared to learn more from it. Unsurprisingly, engaging apps seem to facilitate increased learning.

Our findings echo previous work that found pre-school and early elementary school-age children are able to learn fundamental coding skills over several training sessions AND they add to our knowledge about two apps in particular. So far, we can say that coding apps should be appealing, skill-based, and intentionally used in order to see the benefits. But what other characteristics are needed? And what about independent use? Would children learn as much outside of a summer-camp classroom-like environment without such direct instruction? Moving forward, it would be great for future research to investigate these questions as well as whether children can transfer these skills to a novel programming language or other related context. In the meantime, given our findings and the push for more tech-learning in the youngest years, we doubt anyone is laughing at Seymour Papert now!

Pila, S. (2019, February 21). Young children: What’s code got to do with it?. Erikson Institute’s Technology in Early Childhood Center. https://www.erikson.edu/news/whats-code-got-to-do-with-it Sarah is a doctoral candidate in the Media, Technology, and Society program working in the Center on Media and Human Development with Ellen Wartella at Northwestern University. Before starting at Northwestern, Sarah spent two years (and two very snowy winters) in Somerville, MA earning a Master of Arts in Child Study and Human Development from the Eliot-Pearson Department of Child Study and Human Development at Tufts University. Before that, she completed her BS in Psychology with minors in Family, Youth, & Community Sciences and Mass Communication at the University of Florida. Her research interests focus on the benefits of prosocial and educational media for young children, particularly in early childhood education. 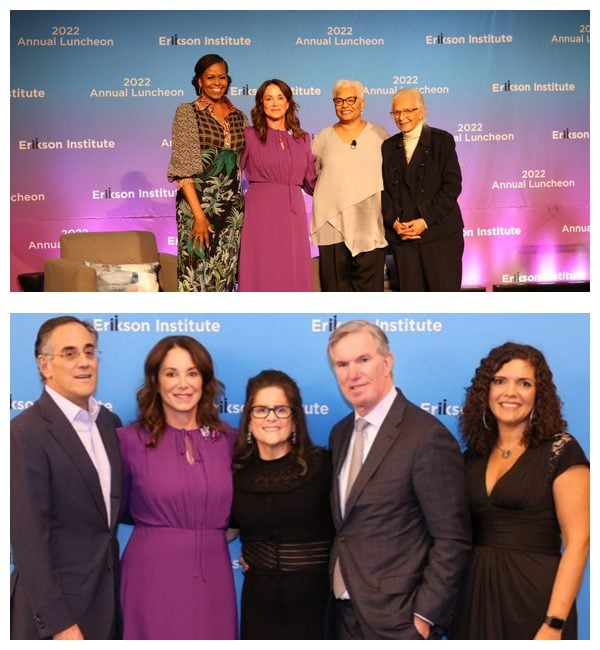