Welcome to episode four of Erikson’s new podcast created by Erikson, produced by PRX, and distributed by PRX. Natalie Moore, a renowned author of The South Side and a reporter for WBEZ-Chicago Public Radio, is taking us through the history of early childhood care and education, the launch of Head Start, the Preschool for All initiative, and our nation’s current patchwork system of programs, policies, and shortcomings highlighted by the pandemic.

Episode four begins with Barbara Taylor Bowman, one of the co-founders of Erikson Institute, and takes us through the work of its namesake, Eric Erikson. Erikson was a psychologist who immigrated to Austria and became friends with Maria Piers, another Erikson co-founder, as well as Jean Piaget, and Anna Freud. Erikson immigrated to the United States just before World War II and established himself as an analyst. He began to work at Harvard and later was best known for his book, “Childhood and Society.”

Bowman says that it was rare to look this deeply into the mentality of children at the time. Erikson’s book looked at not just the surface behavior of children but also the unconscious motivations for their behavior and how adults could support them helpfully resolve conflicts and produce growth.

Bowman says it was a new idea to look at children and how their earliest experiences are critical to their future development. Erikson did much of his work in the aftermath of World War II, and at the time, there was a large sample of children who had lost a parent or endured violence and other forms of trauma.

After the launch of Head Start, when improving the lives of children in the U.S. became a priority, Erikson’s ideas provided a framework for designing early childhood programs. Erikson Institute and other schools trained teachers on methods of “redeeming” children’s negative early experiences. And preschool would be vital in changing these children’s lives.

Bowman reflects on the first major report that was published in 1969 from Westinghouse that evaluated Head Start, and the news was not good. In the early ’70s, there was a notion that Head Start was not making a difference. At the time, Head Start was a part-time summer program. Soon other data was published that immediately contradicted the Westinghouse report by showing that full-time programs had enormous effects.

Next, Moore meets with Heather Duncan, Dean of Early Childhood Teaching and Learning at the University of Chicago Lab School, and an Erikson alum.

Duncan describes her years of teaching and experience as a preschool teacher in the ’90s. She says the term Social Emotional Learning (SEL) emerged and was described as “this kind of non-academic education.” Duncan says it was about nurturing a sense of being a community member, but as early childhood became more content-focused, the SEL piece started to get lost.

We continue to learn more about Duncan and her experience and how she integrated her authentic self into her work, making a difference for students.

Kindergarten readiness is currently a “hot topic,” especially in Moore’s household, as her daughter Skye gives her firsthand experience as a kindergartener.

Finally, Moore meets with Dr. Mariana Souto-Manning, President of Erikson Institute, as she offers a research-based look at school readiness.

Souto-Manning says that readiness is assessed in various ways from state to state using baseline tests. States have spent quite a bit of money implementing these assessments to document the number of words children know, letter sounds, reading levels, and numeracy. When children do not score well on assessments related to readiness, they are intervention, and they experience compensatory models of education, as opposed to play-based models of early education.

Souto-Manning wants us to think about readiness and asks how we can ready our schools to build on the brilliance and strength of our children and focus on the whole system that will do right for the majority of children today. If we uphold children’s rights and think of children as human beings, we can give them what they need to reach their full potential.

In our next episode, we’ll look at how the early childhood field has begun to address the needs of bilingual learners. 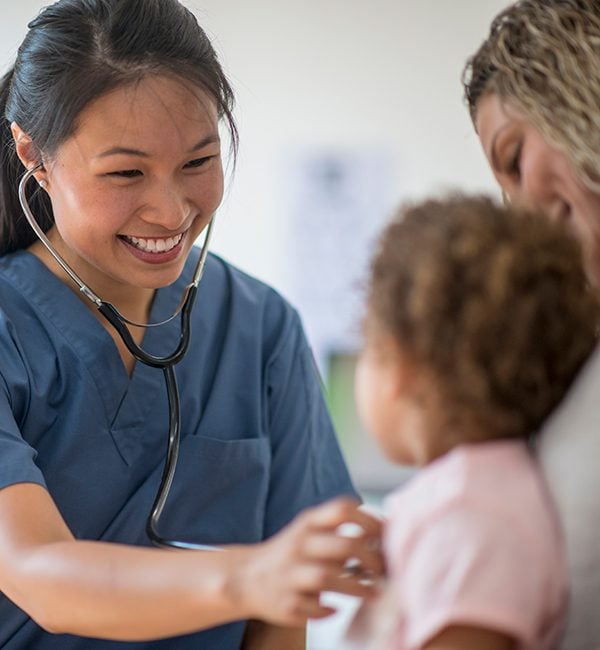